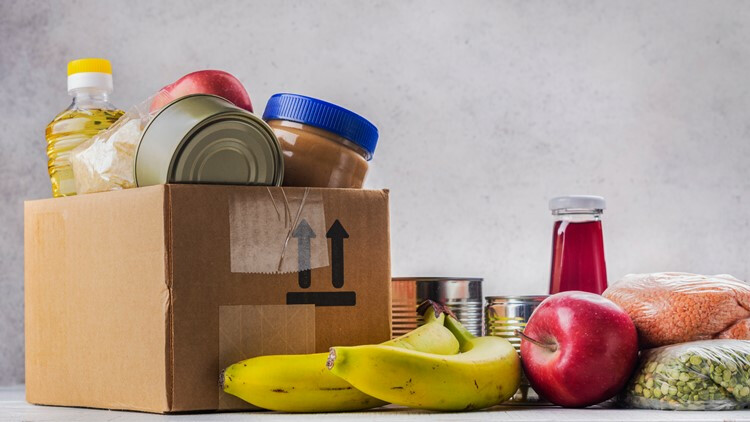 It was the day before Thanksgiving.  For the second year in a row, I did not have the means to provide turkey or any other festive food that would make the day special for my three kids. As a single mom of three in Minnesota, I was facing another year of existing on food stamps, welfare, and any other kind of public assistance that I could find. How was I going to come up with something even close to a traditional Thanksgiving dinner?

A friend told me about a church with a food ministry that was handing out boxes of food that included a turkey. Hoping it was not too late, I got in the car (while trying to ignore the  transmission fluid leaking into the snow) and headed to that church. The building was still open when I got there. Entering the building, I was thanking God for this unexpected opportunity.

Greeted by a cheerful woman, I was led to a big room with tables configured in a horseshoe arrangement. Pantry food was sorted out by type on the tables. She handed me a box that already had a small turkey in it, explaining that this was the last turkey they had. I could choose what I wanted to go with it off the loaded tables and add the items to my box. Gratefully, I filled it with a box of stuffing, some canned vegetables and a pie filling. After sincerely thanking her, I carried the box out to my leaking, rusty car.

Before I could load it in my vehicle, the woman came running out and asked me to come back inside and sign a paper to confirm that I had received a donation. Setting the box down in the  snow bank next to my car, I followed her back inside.

The woman explained the volunteers were closing the donation center down in the next few minutes and asked if I would like to fill a couple of more boxes with cans and packaged items. I was elated by her offer and together we filled two more boxes. Then she walked outside with me, each of us carrying a box of precious food. It was enough to eke out several more meals!

As we approached the car, I saw nothing but snow where the turkey box had been set down. “I cannot believe it!” I exclaimed.  The kind woman said, “Well, dear, someone must have needed the food more than you did!”

Despite my disappointment, those words really resonated with me. Most probably she was right!  The Lord reminded me of the occasions that I had myself been tempted and contemplated theft in grocery stores in the last year during desperate times.

We loaded the two extra boxes into the car, and I returned home thankful for the donations I did receive – but also sad about the missing turkey. Unloading the items from the two boxes into my almost bare cupboards gave me a sense of relief that tummies would not rumble for a few days.

Just as I finished and sat down, the phone rang. A friend I had not talked to for some time was calling. “We would like to invite you and your children to join our family tomorrow for Thanksgiving dinner,” she said.

God came through abundantly and surprised us with joy!  He always provides! In fact, for the two years my family and I spent on food stamps and welfare, barely making it through, He always provided for our needs!  Not our wants -- but our needs.  And there were times, like this memorable Thanksgiving, He blessed us with something extra!  God is good all the time!

And God is able to make all grace abound to you,
so that in all things at all times, having all that you need,
you will abound in every good work.
2 Corinthians 9:8