Our Angel Child | Articles | The Fellowship
BE THE HANDS AND FEET OF CHRIST AT SERVEFEST 2022 - REGISTER TODAY! 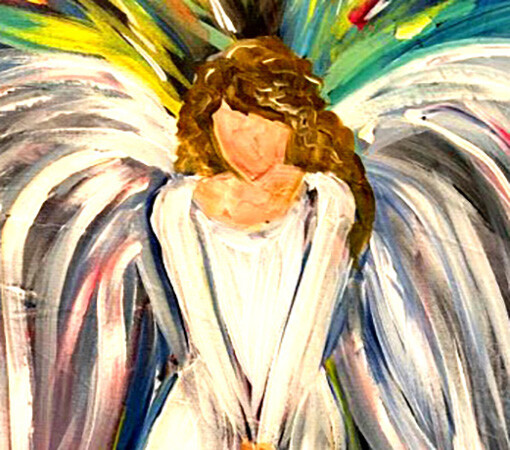 Our beautiful granddaughter, 12, was born with a very rare genetic disorder called Angelman Syndrome.  This condition was first identified by a doctor in 1965.  It is characterized by delayed development, speech and balance problems, intellectual disability, and sometimes (as in the case of our granddaughter) seizures.  As is typical with Angelman Syndrome, this precious child frequently smiles and laughs and has a very happy and excitable personality.

Our granddaughter never met a stranger and loves to interact with new people.  She has very limited speech, but talks with her eyes and her personality shines brightly to everyone that comes in contact with her.  Several months ago (before social distancing), our family was having dinner at a nice steak restaurant to celebrate my daughter’s birthday.  When a man passed our table not far from where our granddaughter was seated, she reached out and touched him.  Her eyes were issuing an invitation to become friends and he responded wholeheartedly and interacted with her beautifully!  She was delighted and it was a joyful moment for all of us!

When my husband asked for the check at the end of our meal, the waiter told him that our bill had already been paid!  It was a random act of kindness from our granddaughter’s new friend.  He had already left, so we were not able to express our appreciation to him!  But it is something we will never forget!

Because Angelman’s is so rare, there is not extensive medical data.  All her life our granddaughter has been on a regimen of anti-seizure medication.  Her seizures are not the typical stiffening of the body and uncontrollable movement, but much more subtle.  She just stares into space for a few seconds or drops her eyes as if sleepy.  We can recognize the seizures immediately. And as often happens, over time a medication to control the seizures loses effectiveness and the dose must be adjusted or a new one tried.

Several weeks ago, our granddaughter’s seizures increased dramatically and she had to be hospitalized.  Thankfully, Texas Children’s has just established a unit for Angelman children.  Before that, any time our granddaughter had a problem -- it was a challenge getting the medical personnel to understand what was going on since Angelman Syndrome is so rare.

When the same increase in seizures happened last year, she had to be put into a coma (very scary when it happens to an Angelman child) and given steroids to get them under control. The problem was recognized earlier this year and at the hospital, she was administered a drug intravenously and then released to go home with a pill form of the medication. That was a relief because of the danger of contracting COVID-19 in a hospital.

At first our granddaughter appeared to be fine upon waking up in the morning, but got worse as the day progressed.  She was not eating, sleeping most of the time, and having trouble sitting erect and unable to walk.  At night she started vomiting and refused water, so she became very dehydrated.  Our daughter called the doctors and insisted they see her immediately.  She was readmitted to the hospital.  It was awful and frightening!  Prayer requests for healing went far and wide; people were praying even in countries like Australia, United Kingdom, Germany and Russia after learning of her crisis through the Angelman Support Foundation.

The new drug was stopped at once since all the medical personnel agreed it was causing the adverse effects, making her look and act like a “druggie.”  Fluids were started to replenish all that had been depleted.  Gradually her body began recovering and a new medication was begun to control the seizures.  When released five days later, our granddaughter was back to her perky, laughing, smiley self!

We are still in constant prayer, knowing God is looking out for her and holding her in His hands.  Prayers have made and always do make such a difference!

We wait in hope for the Lord;
he is our help and our shield.
In him our hearts rejoice,
for we trust in his holy name.
May your unfailing love rest upon us,
O Lord, even as we put our hope in you.
Psalm 33:20-22