Not Too Late | Articles | The Fellowship 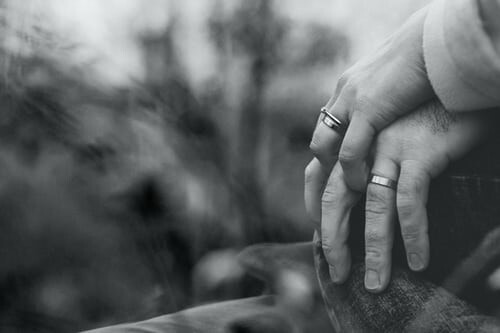 This story is a little difficult to share!  Who really wants to admit that their marriage had been falling apart for years?  Or that for my part, I have been a horrible husband and father despite my best intentions and desires.  Who wants to admit that the consequences of a failing marriage have had a negative impact on four kids -- and the results may only be truly realized decades from now?

My wife and I, by most standards, are truly great parents.  But when interactions between us grew so distant and separate, when times of conflict and stress were more frequent than times of calm, the “amazing parent label” went out the window.  Neither of us were ever the type to put on the “happily married” look for show.  But I also doubt most of our friends and family knew just how bad things had gotten because even we did not realize it until it was too late.  But then, in the end, it really was not too late!

In June, my wife decided to take the kids to spend a longer than normal summer vacation with her mother (who was to undergo testing that found her positive for lung cancer).  I stayed home alone,   hoping an employment opportunity would present itself, but mostly because we both felt it best to spend time apart.

At this time, I was almost halfway through Faithwalking 201 -- and on the verge of dropping out!  My  Faithwalking partner requested a meeting with the men in order to complete an assignment we had.  I was having such a difficult time that I could barely bring myself to attend.  It was a combination of the rigors of Faithwalking, the ramifications of Covid, the separation from the kids (the dog, too, if I am being honest), and especially the state of my marriage (if you could even call it that anymore).  My Faithwalking partner is a good friend and I was determined to be there for him.  The other men knew me from church and Life Group.

When my friend finished sharing his experiences, the men turned to me, inquiring why I was dropping out of 201.  The conversation and questions that ensued were truly God-inspired and very impactful.

I had already been praying for answers to my failing marriage.  Things were so far gone that some of my prayers concerned moving on alone.  That night, after the meeting, I felt especially calm during prayer.  I knew God had been speaking to me through those men!  The things that were said unlocked an overwhelming desire in me to put aside pain, fear, and my own willfulness!  Now I pleaded with Him to show me how my wife and I could reverse course -- even though we had made that attempt many times before.

Unbeknownst to me, my wife had been dealing with her own struggles and shortcomings in our relationship.  The Lord gave me the determination to make the initial move, asking to begin dialogue about reconciliation.  That is not what happened though!  Something inside me had changed so significantly that I found myself unable to stop apologizing for my part in our pain.  I was repeatedly reiterating my desire to heal our family, gushing with love and affection for her that had not been there for years, and feeling so much hope and shift in perspective that it was shocking!  I might as well have been a different person!

It was two months before we saw each other again.  During this time we spent hours on the phone, discussing difficult topics that we had not been able to broach in a healthy way for years.  We were both able to deal with the fears and stresses from these conversations far more productively than ever before.  By separately reading the same inspirational book and workbook on practical wisdom for life transformation, we then came together on Zoom to discuss what we were learning.  I  finished my Faithwalking course and would constantly share with her overlap between it and what we were studying together.

The long-awaited day of my family’s return finally arrived!  When not working on things with my wife, I had been spending the vast majority of my time remodeling large portions of our entire house.  It, too, had fallen apart over the years, and a reset to our living environment was long overdue.  We might as well have been two newlyweds moving into our first home at that point.  It was an amazing reunion! Of course, we have had to face some of the same patterns and habitually sinful tendencies from years past, but have been able to do so with far more grace, love and affection than ever before.

I took on the difficult task of cleaning up my part of the mess with each of the kids.   The impact was almost immediate.  It is wonderful to see -- and at the same time a bit sad knowing they had been missing so much during their parents’ struggles.

I am so very grateful that we can move forward as a family.  With God’s help answering prayers, our hope and desire is that He will heal those wounds that may remain.

(The Lord will) bestow on them a crown of beauty instead
of ashes, the oil of gladness instead of mourning, and
a garment of praise instead of a spirit of despair.
Isaiah 61:3