Incredible Gift | Articles | The Fellowship
BE THE HANDS AND FEET OF CHRIST AT SERVEFEST 2022 - REGISTER TODAY! 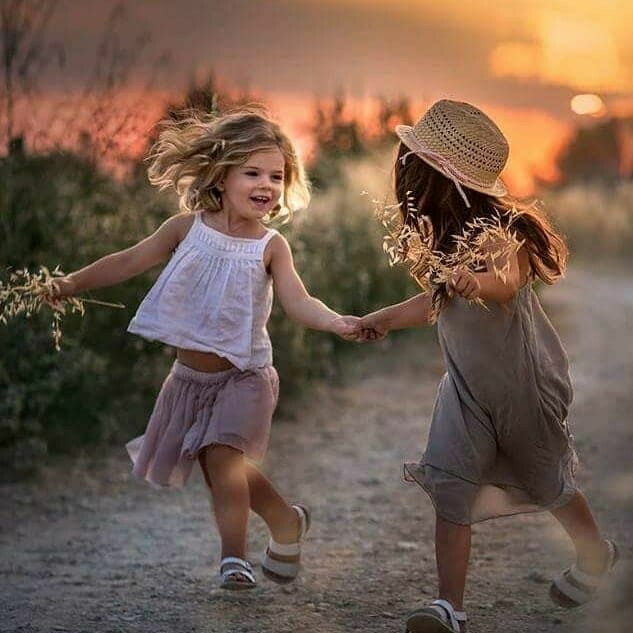 I love a quotation from Michael W. Smith’s song Friends – “A friend is a friend forever … if the Lord’s the Lord of them.“
Nevertheless, over time we tend to lose contact with friends from our childhood.  Although social media has helped preserve many of those connections … even if it is a simple Facebook like of a picture from a family gathering or a vacation … there is nothing like a true friendship which lasts the ages.

Many years ago when the new girl walked into my first-grade classroom, I intuitively knew that she would become my BFF. We were inseparable with lots of similarities: each of us had one brother, dark-headed, super energetic, and ironically -- both adopted. We spent our time being kids -- swimming, riding horses and bicycles, and lots of sleepovers. If she were not at my house, I lived at her home out in the country.

Our parents became friends … and our mothers became even closer, joined by their belief in Christ and their daughters’ friendship.  Together they participated in numerous Bible study groups.  Since our church did not have Vacation Bible School, I always attended each summer with my friend at their church.

When their family moved to a small Texas town to start a Christian camp, I was heartbroken … but children are resilient and find a new best friend and move on.  Over the next many years, we would periodically keep in touch and have a few visits.  But as school activities and other friends filled our lives, we kept in touch less and less.

Time marched on and I noticed that my mother seemed to stray from Bible studies and became more open to reading secular books.  I thought it was strange, but never felt that I could discuss it with her … we did not have that type of relationship.  The church that I grew up in sadly did not focus on a personal relationship with Christ.  That was something I learned from VBS at other churches as well as at a Christian summer camp that I attended for over ten years.  Personally, I wondered about my mom’s beliefs and if she was saved … but raising the subject would have ended up in a huge argument, so I typically left it alone. But I prayed for her.

The lives of that first best friend and my own took different paths.  I stayed close to home, got married right out of college, and became a public-school teacher.  Her life included many experiences in the mission field while working at various churches in numerous ministries.  She and her husband ended up on the West Coast raising their family until just recently.

With their adult children out of the house and her husband out of work for the past year, it was time to fulfill their heart’s desire – missionary work in Africa.  They both previously spent time in Kenya working with orphans and widows in neighboring villages, so with nothing holding them back … they stored or donated their possessions and packed their life into four suitcases.

During their last month in the U.S., they traveled the country visiting family, friends, and supporters.  We had the pleasure of hosting them twice this year for a few days each time.  She and I talked non-stop both times about kids, life, family, relationships … her husband could not believe that we STILL had stuff to talk about!

That is because God has been so good and blessed my friend and I with an incredibly special gift – treasured lifelong friendship.  I can probably count on one hand how many times we physically saw each other over the last forty-plus years.  But each and every time, we never missed a beat; it was like we had never been apart.

During one of the visits this year, she spoke of her gratitude to my mother for sharing the love of Christ with her mom.  This led to the salvation of her parents and turning their family life around to focus on being the hands and feet of Christ.  WHAT?!?  My mother did what!?!  We were just children – I had no idea that my mother was instrumental in impacting her family in such a wonderful way. This brought such tears to my eyes … and still does!

I lost my mother to a brain tumor almost three years ago.  On many occasions I have pondered her salvation – and felt anger at myself for never making sure of her eternal destiny.  It is a shame that most of us do not have the courage to openly share our faith with those in our own family units.

This time, my friend’s visit had such a profound purpose … God answered my prayers by sending her to bring me peace and a reassuring message of my mother’s salvation.  Praise the Lord!

… May the Lord keep watch between you and me
when we are away from each other.
Genesis 31:49