In His Mighty Grip | Articles | The Fellowship

In His Mighty Grip 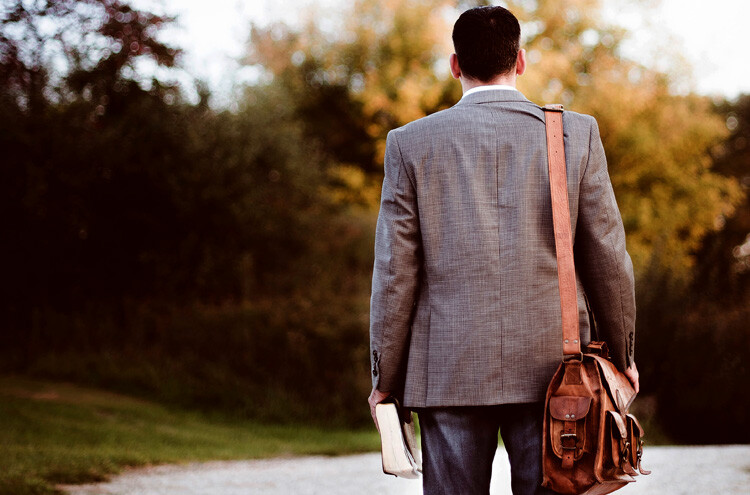 When my son was born, I was so excited about having my first baby.  It was fun experiencing the advancement of his personality through all the early stages of his growth.  Around the age of 4, I began to notice that my son was becoming withdrawn and seemed to have trouble communicating with other children at preschool.  He was just fine playing by himself and not really interested in interacting with anyone.  One day I received a call from a teacher at his preschool who told me that he might be mentally challenged and would probably need to go to special schools.  I did not ignore her words, but in my heart I knew that he was mentally OK.

As time passed up through his teens, he started to display some obsessive-compulsive behaviors and became a target for bullies.  My son felt he did not fit in anywhere.  This was heartbreaking because it bothered him immensely.  He was a great student with excellent grades -- and received many accolades on Awards Night when he graduated from high school.  In February of his senior year he was accepted at Texas A&M University.  He began looking forward to joining the Corp of Cadets.

In his sophomore year of college my marriage fell apart, and he was devastated.  I had always taken my two children to Sunday School and church, and he began to rely on his faith to help him get through the sadness.  In the summer of that year, he was invited to go to Dallas to work on a golf course with a group of young Christian men called the Navigators at Texas A&M.  This organization focuses on helping students connect and “enjoy, elevate and export the Gospel of Jesus Christ on campus.”

His experience with Navigators that summer was instrumental in growing his faith and commitment to our Lord and Savior. My son came home a couple of weeks before his junior year began and brought a folder full of study material which he left open for me to read and review.  He wanted me to see how much he had grown without telling me.  And boy did I see – he was on fire for the Lord!

In May, 2001, he graduated from A&M with a degree in Chemical Engineering.  About a month later, he was asked to an interview with Baker Hughes in Houston. I was so excited!  However, I was really worried about his ability to communicate his strengths in an interview.  My prayer was for God to guide him and give him the right words that would result in employment.

Lo and behold – a few days later he got a call and was offered a job in his field of study.  It involved traveling to work sites all over the world and fit his personality and strengths in a way only God could have orchestrated.

Within a couple of weeks after starting his job, he eagerly joined a lunchtime Bible study at his workplace.  It is there that he met his wife, Annie, and they were married a little over two years later.

Annie decided to begin work on a master’s degree in education to become a teacher.  One day she called and said, “Mom, I think that Justin has Asperger’s syndrome.” Having no idea what that was, I asked her to spell it for me. Once I started reading about Asperger’s, it was like a light came on. Asperger’s is a high-functioning form of autism. The characteristics fit him to a T!

My son has continued to grow ever stronger in his faith through in-depth Bible study. This shy, reserved young man (who I thought would struggle to have a fulfilling life) is now the assistant teaching leader of the men’s Bible Study Fellowship class in Sugar Land. He is thriving in studying God’s word and teaching it to a huge gathering of men.  Only our Lord could take someone born with communication and relationship difficulties and transform him in such an incredible way.  God has grabbed hold of my son for His Kingdom purposes.  In turn, my son has embraced God with his whole being.  What a blessing!

Seeing this happen has taught me that God can, indeed, do anything!  In some ways I am glad about not knowing my son had Asperger’s growing up because I probably would have over-protected him. And he would not be where he is today!

The Lord’s purpose is not always our purpose, but He can work everything out for our good and His glory.  We just have to let go and let God!

And we know that for those who love God all things work together for good,
for those who are called according to his purpose.
Romans 8:28