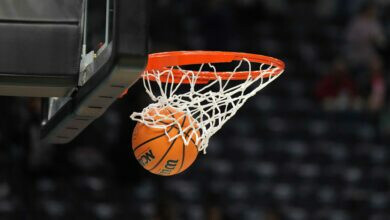 Our granddaughter in another city in Texas has been very active in sports since her early elementary years when she started playing on a club soccer team.  Almost immediately, she began to excel.  Perhaps it was because of her great love for physical activity … or the camaraderie of playing on a team with other girls … or the feeling that she could make a difference.  At a very young age, she kicked the winning goal that won a tournament for her team – even though she was primarily a defensive player whose mission was to keep the other team from scoring.

Her teammates have always looked up to her and her natural leadership skills emerged very early.  Not a loud or bossy person, she seemed to instinctively know where each player needed to be for maximum effectiveness of the team.  Very often her parents would be told that her team members would rather she tell them what to do instead of the coaches.

In the 7th grade she also began to play sports at school.  That is when the love for another sport, basketball, began to emerge.  She asked her parents to allow her to also play on a club basketball team.  Recognizing her innate talent, they agreed.  So, during basketball season, they were juggling practices and games for both school and club basketball and the same during soccer season.  That meant practices and games before and after school and competitions on weekends.  Traveling out of town was frequent since club teams compete in other cities and sometimes states.  Her dad was often the chauffeur or traveling companion while her mom juggled athletic schedules for three other siblings.  Our granddaughter graduated from junior high with all A’s and multiple awards. She became a Christian and was baptized while in junior high.

Her urban high school is in the 6A category.  She was the only freshman chosen for the varsity girls basketball team and earned a spot on the soccer team.  Because there was some overlap of the two sports during the year, occasionally she would play for first one team and then the other on the same day.  As captain of the basketball team her junior and senior years, her goal was a unified team helping each other to achieve their very best performance.  The team won the regional playoff and went to state finals, finishing a close second.  Her soccer team won the district.  She graduated No. 4 in her class.

My granddaughter was named the outstanding player in her district in both basketball and soccer.  The major newspaper in her city named her “Outstanding Female High School Athlete for 2021-2022.”

Many universities throughout the nation began to court her for their women’s basketball teams and some 25 made scholarship offers.  She was interested at first in Ivy League and other prestigious universities in the Northeast and Midwest.  Her dad offered to take her to participate in basketball camps or tour campuses of any schools that interested her.  So off they went.

Though happy for her seemingly unlimited opportunities, my heart was burdened because I knew my granddaughter could easily end up in an unwholesome, anti-Christian environment.  And be thousands of miles away from home and family when some TLC was needed!  So my constant prayer was: “Lord, please, please direct her to a team with a Christian coach!”  I never looked online for information on any of the coaches at universities she visited, not wanting to make any suggestions to the Lord -- because only His plan is perfect.

My granddaughter took her time to make a choice.  While she was trying to decide, several of the offers went away because they were accepted by other athletes.  When she made her decision, my immediate response was to look up the coach on Twitter.  The first word in her female coach’s profile is “Christian.”  I could not stop thanking the Lord!

But the blessings were only beginning!  The prestigious university is located right here in Houston -- so we often get to spend time with her and attend her games!  And her parents and siblings are within easy driving distance and frequently here!   Only our Lord could so awesomely answer my prayer! All glory to His name for all eternity!