Held in His Hands | Articles | The Fellowship

Held in His Hands 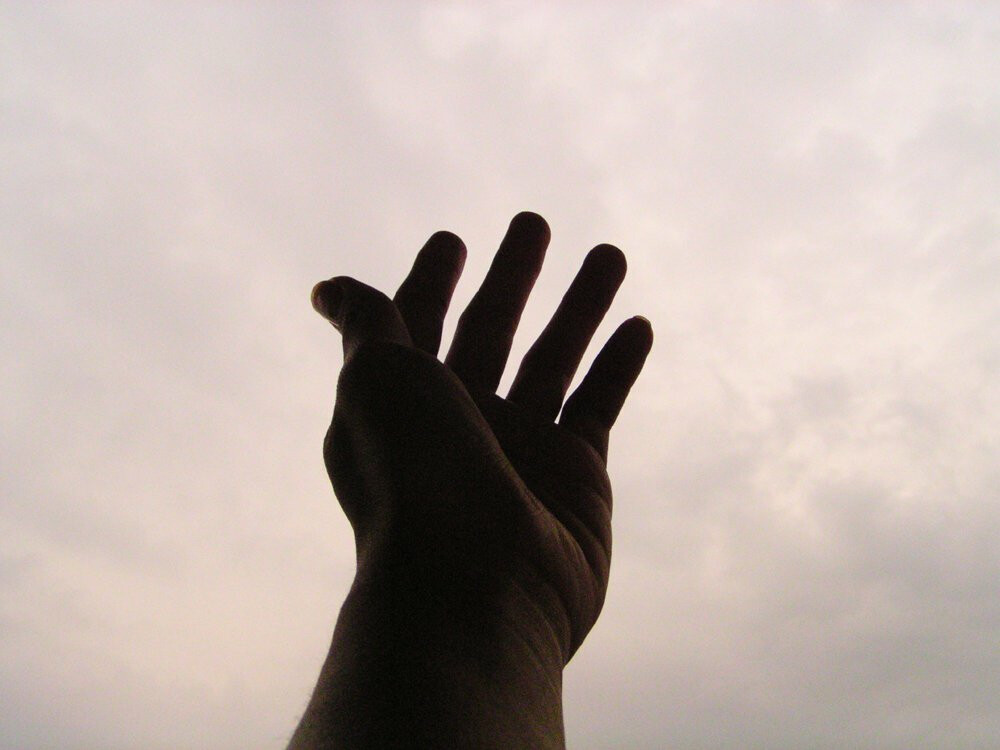 I have always been very healthy – except for car accident injuries.  The exception is uterine pain that could never be explained.

In October 2018, I had some uterine polyps removed.  Problems caused difficulty in getting over the simple surgery.  Three months later, a complete hysterectomy and female repairs were scheduled.  How I looked forward to feeling better!

Early into the operation, the two surgeons encountered unbelievable scar tissue that had to be removed.  No one knew where it came from.  Then they discovered that my colon was in front of the uterus, twisted and tied in a knot and attached to the pelvic wall. The surgeons tried to move it, and it tore!  Now the surgery was a seven-hour repair followed by seven harrowing nights in the hospital where my daughter and a friend took care of me.  Once released, I was still too sick to figure out anything!

Thankfully, I had contacted the Prayer Team at The Fellowship to keep me lifted before the Lord.  Both the church and friends stepped up to help.  I had someone with me day and night for two weeks after coming home.  It was wonderful to feel so loved and cared for!

During recovery, I had pain on my left side.  Then I caught a virus from my grandson and became so dehydrated that I could not stand.  An ambulance took me to the ER where a CT scan showed diverticulitis.  Treating it required another week in the hospital.

A colonoscopy followed.  Afterwards, it was suggested I see a colo-rectal surgeon.  I saw three.  Two said I would have a permanent colostomy!  No, thanks!  The third said he could remove that part of the colon without a colostomy – which he did!  The diseased part of the colon was eaten up from raging diverticulitis of many years duration.  The scar tissue encountered in the previous surgery was from the diverticulitis bursting over and over for years.

The prayers continued on my behalf.  Knowing God was holding me in His hands is all that kept me going!  Little did I know there was much more to be endured!

After the surgery, I was given blood thinner to insure against clots.  Once home from the hospital, my abdomen, back and legs started turning black like a terrible bruise.  It was a bleed from the blood thinner, but I was assured it would be reabsorbed!  Instead -- infection set in, probably because of so much previous infection.  Once again I was back in the ER with extreme pain and 104.5 fever.  A drain was inserted surgically and after a blood transfusion, I was sent home.

Unbelievably, in a few days, I was back again!  The first drain had moved, so another was inserted accompanied by another blood transfusion.  But fecal matter was showing up in the drainage!  It was decided to try and let my body heal itself rather than more surgery.  They inserted a pic line (needed for long-term intravenous treatment), took me off all food and drink, and fed me with a special IV.  Next, I was moved to Long Term Acute Care in Katy.

The pain in my neck continued.  An ultrasound revealed a blood clot caused by the pic line.  Blood thinners were started.  I was really scared!  Would this never end?  But finally things progressed without a hitch!  I came home after two months in Long Term Acute Care.

During all these trials, my daughter went to and fro from Dallas where she lives with her family.  She was overwhelmed with trying to help me.  Different relatives and friends also stepped up to care for me in the hospital.  It was such a group effort!  Others, particularly one man, spent hours advocating on my behalf with the medical personnel and keeping my daughter up to date.

Once I started getting better, the realization struck that deadlines for my work were coming up!  I  assist people with Medicare health plans which requires yearly re-certification.  My boss sent someone to help me, but I was too weak to work very long at a time.  My next door neighbor started coming daily, both in the hospital and when I got home.  This angel made it possible for me to keep my business!

Recovery has taken a long time.  I still tire easily and also have a back problem.  But the awful infection and pain are gone!  I feel healthier than ever!  All my blood work was back to normal two months after leaving the hospital.

As I look back on pain levels that were beyond belief, confusion and fear brought on from the horrendous infection, the time and effort required from so many people in order to survive – I can hardly believe it!   But God, who is faithful and true, provided for everything!  I have very little memory of what happened except for the last two weeks.  Doctors said infection does that.  My gratitude overflows to the Lord and to the prayer warriors who were constantly interceding on my behalf!

O Lord, you took up my case;
you redeemed my life!
Lamentations 3:58