All I Want | Articles | The Fellowship 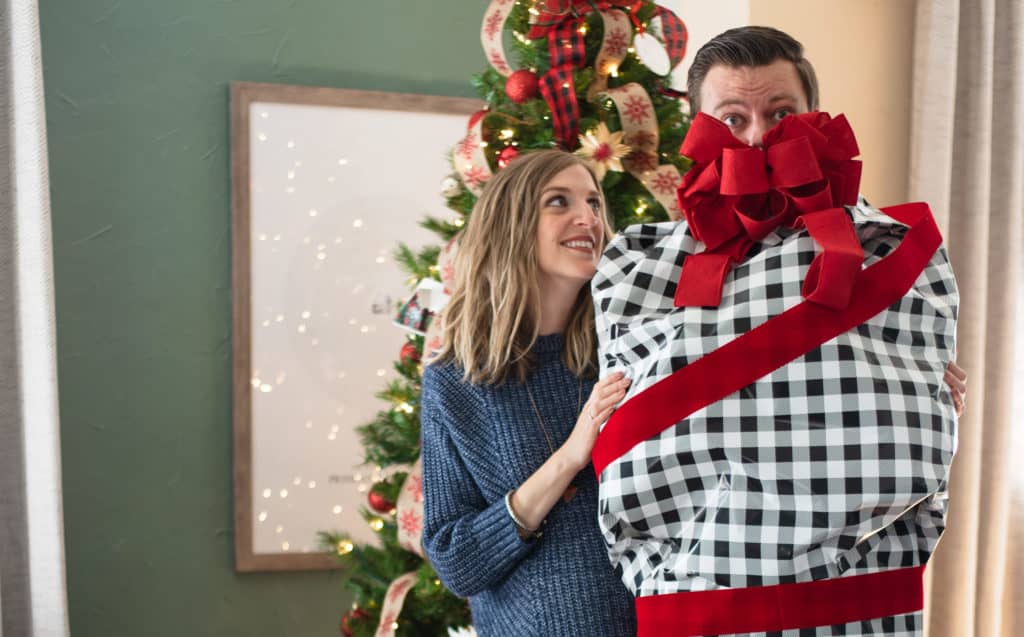 It was a normal Saturday before Christmas and I headed out to do errands.  My husband was home pulling decorations out of the attic to delight the grand kids. We planned to go to the movies when finished with our tasks.

Around dinnertime, I had a text from my husband asking how much longer I would be.  I called and learned he was not feeling well.  He asked me to come home quickly, thinking it might be food poisoning or possibly a reaction to the pneumonia shot given the previous day as part of a long-delayed physical.  The doctor had said he was in great shape for his age, and his numbers were all good.  My husband even survived the dreaded prostate exam – a great relief for both of us because of his dad’s prior prostate cancer.

I started home but called one of our daughters to look up “reactions from a pneumonia shot.”  My husband was experiencing severe stomach pains, pain in his upper back between his shoulder blades, chills, and nausea. She discovered pneumonia shots did not cause this.  A minute later, she called back and said those were the symptoms of a heart attack!  I immediately called my husband and found out he knew that!

“I am calling 911,” I said.  His reply was, “Absolutely not!”  (Last year I had a situation requiring an ambulance and our portion of the bill after insurance was $1,200!  That is why he refused!)  But he said, “Get here quickly. I do not want to be alone if I die!”  Not what I would ever want to hear my husband say!

I raced home, going well over the speed limit.  First, I called someone in my Prayer Group to alert everyone to pray.  Next, I called a friend from The Fellowship’s Prayer Team to also pray.  Then, I called the police to say, “I am heading to the ER with my husband and speeding with my flashers on.  I would appreciate not being pulled over -- I do not want him to die since we think he is having a heart attack!”  They asked for my car make, model and license plate.  I knew God was with me because I remembered my license plate in that moment of panic.

Praying the whole way, I was thankful my Prayer Team friend had told me about an ER not far from our home.  My concern was that between COVID and the late hour, we would have to wait to be seen. I had planned to go to a hospital on I-10, but it was a long way and might be overcrowded.  Thankfully, I did not run into much traffic either getting home or racing to the ER -- a huge blessing on a Saturday night during Christmas shopping season.

My husband moaned all the way and was quickly admitted, but I was not allowed in.  COVID had been spiking and only patients could enter.  I was told to stay in the parking lot and my husband could text me.  Did they not realize he was in great pain and could be having a heart attack?

About 20 minutes later, I received a text from him that an EKG revealed he was not having a heart attack!  I began singing praise songs!  After another hour, I got a text that he had received a shot of morphine for the pain, but it made him throw up.  Morphine?  What did they think was wrong?  Another hour passed before he texted me that the problem was his gallbladder; it had to come out.

Doctors were deciding if surgery would be that night or the next week.  I began praying it would be that night -- I knew if my husband was no longer in pain and got to go home, he might not go back!  Thankfully, they decided on that night.   He told me that he would be transported to the hospital (this was a stand-alone ER) -- and I could go home!  Um, no!  I was not going home and needed to talk to the doctor!

The doctor graciously came out and I felt God’s peace once again. This kind physician told me the surgeon waiting at the hospital was excellent, one he would call to do surgery on his own wife.  Because of a lot of infection, they could not delay removing the gallbladder.  He added that the ride to the hospital was free since their ER is part of the same system!

Unbelievably, after a negative test for COVID, this doctor allowed me to go in and pray with my husband.  I went home, and at 1:30 a.m., a nurse called to tell me he was in recovery and doing well.  How amazing that less than ten hours later, I brought my husband home from the hospital!

God had His hands on every detail of this crisis -- and I am so very thankful!  My husband is all I want for Christmas.