A Helping Hand | Articles | The Fellowship 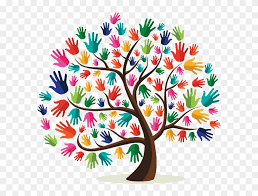 One of my friends from high school lost her husband after a battle with cancer which lasted about ten years.  His last few months were spent in a nursing home, and she was struggling with his passing.  They had accumulated a debt of approximately $70,000 due to the nursing home and related expenses.  She had no money to pay the debt and was in quite a confused state.

A group of us from high school have kept in touch and decided to give her a hand getting her house in order so she could sell it to pay off the debt.  When we got to her house, you can imagine our shock to find out that she has an addiction to buying clothes and was a hoarder!  There were narrow pathways through the house.  Several rooms were stuffed with black trash bags full of clothing literally from floor to ceiling.  There was no way even one more bag of anything could be shoved into these rooms.

Our friend was depressed and completely overwhelmed. (Hoarders typically do not recognize the negative impact of their actions because they fill an emotional need.) She had no idea where to start.  Her son wanted to come to town to be there with her and give help, but there was no room for him in the house.

One friend and I tackled a bedroom, thinking that we could clean it and the adjoining bathroom out so that her son could come.  We worked non-stop sorting mostly clothing into different stacks:  donation, sell, trash and keep.  As a stack got large, we would stuff everything into more of those black trash bags and label them.  What we found was that, yes, things were getting sorted, but there was no place to put them.  So we took bags of items for donation to an appropriate place -- and threw out the trash.  That gave us a bit of room to work in. But we were hardly making a dent in the “stuff!”

Another in our group helped our distraught friend with her paperwork.  She was able to locate insurance policies and submit claims so that some money would be received fairly soon.  We found out that the widow’s husband had taken care of all the paperwork, and he had it stored not in one, but in several places throughout this large house.  Because he owned the house with a former wife, our friend’s name was not on the deed to the house or many other important accounts, like credit cards.  What a difficult and confusing mess!

We would begin each day in prayer, asking God to help us help her and that He would provide for her and locate lost documentation and give her peace through this process.  Another local friend took her to look at apartments.  We all agreed that it would be much easier for her to move out and catch her breath before the really tough work of completely clearing out that stuffed house began in earnest.

It was such a confusing time.  I had to drive five hours to get to her house and would stay with a nearby friend for three days and then come home for a few days.  Each week upon returning, I got a different story about her plans.  She had many people trying to give advice, and she would lean this way and that.  The reality is she was still in shock over the loss of her husband and was not thinking clearly.  Experts say it is always a smart thing to not make any major decisions for at least a year after losing a spouse.  But in her case, she might not survive staying in that house for so long.

After a few weeks of driving up there to help this woman out, it was evident that nothing of lasting substance was getting done.  Once we would leave every evening, she would rummage through everything bagged up that day!  It was frustrating!

The last week of our efforts, we decided to locate everything she would need to move into a small apartment and found items for her kitchen, bathroom, bedroom, etc.  It was time for us to go as we were upsetting her as much as accomplishing anything.  She was ready for us to get out of her hair, too, but on the other hand, she was grateful for our coming to her aid.

Our prayers for her continue, and God has sent in new recruits!  We discovered a couple of weeks later that she found an apartment and will be moving in early October.  An auction company is going to come in and sell everything she does not take with her, and then her house will be sold “as is.”  She is relieved to have a plan and that God is in control.  She is ever so grateful for the “angels” that God sent to help her!