A Blank Slate | Articles | The Fellowship 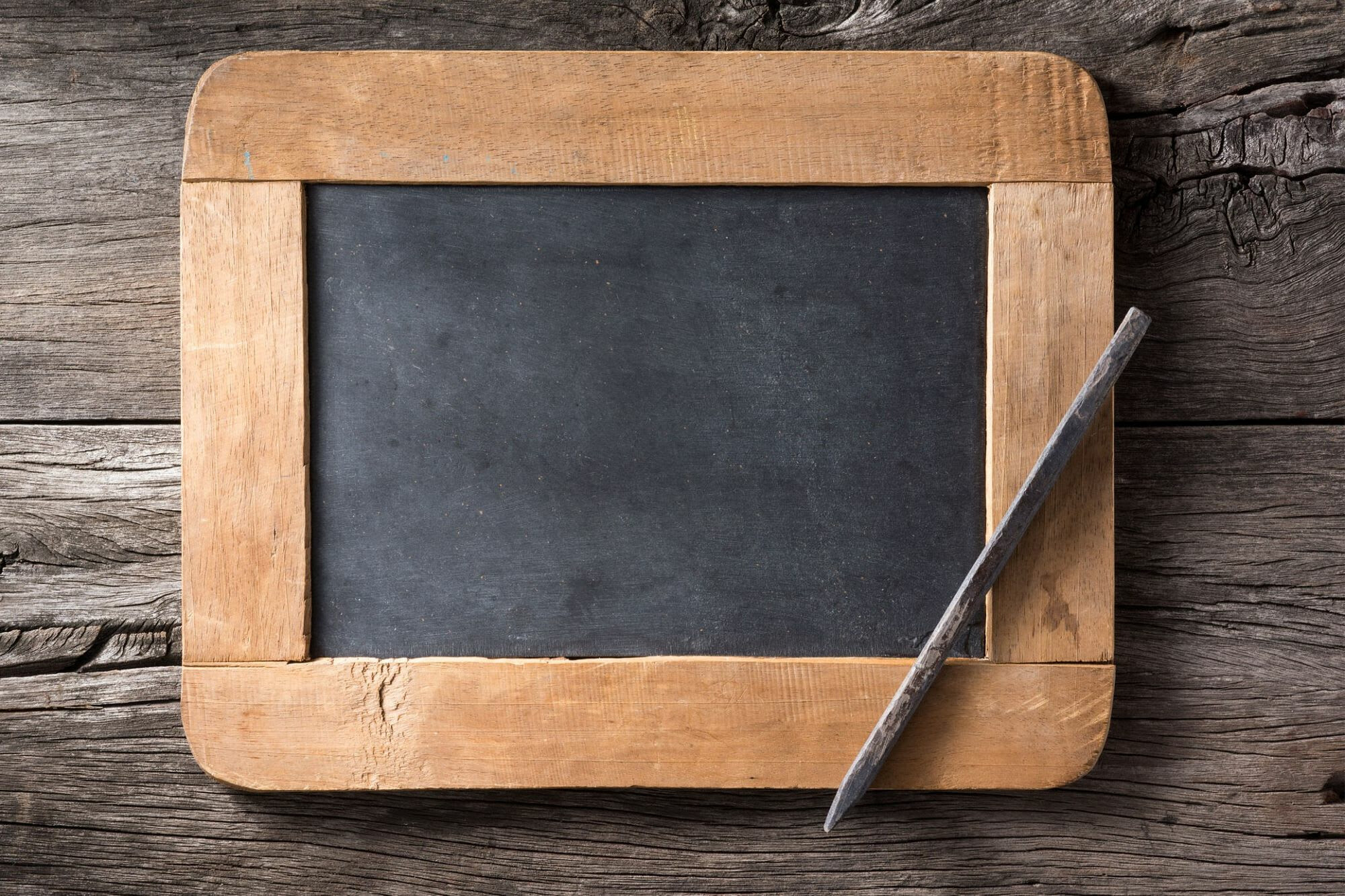 Growing up, I was the oldest of four girls.  My parents had many friends on our street, and there were lots of kids to play with.  It was a happy time.  I was often in charge of my little sisters as my mother was a semi-invalid.  My assignment was taking the baby for a walk every day and giving her a bath each night.  My other sisters also had tasks.  Mom managed to keep the household going.

As the years went by, it became harder for her.  I saw, upon reflection, that she and the neighbor ladies got together every afternoon for cocktails. Mom probably drank her share, and then some, because of a very low self-esteem and insecurities -- which she could override with alcohol.

As a teenager, I was secretly rebellious. On the surface, I took care of my youngest sister, kept up my grades and tried to get along with my other teenage sisters.  Behind the scenes, I was lonely and insecure -- afraid someone would discover I was not smart enough or pretty enough or friendly enough.  Afraid, too, that no one liked me!

I began hanging out with the wrong crowd.  We went to the lake and drank beer or rum while playing loud music on car radios.  There was lots of promiscuity.  Because I wanted to be liked, this gave me a sense of belonging for several years.

Then my grades started to slip.  About that time, there was turmoil at home. I used to lie awake at night, hearing my parents yelling, and it caused lots of anxiety.  Years later, I learned my father had great difficulty dealing with three teenage girls and our hormones!  In fact, he approached one of my sisters with sexual abuse on his mind.  Probably Mom found out and that caused the arguments.

After going away to college, I “partied” even harder -- and bombed out!  After one year, I found myself at home looking for a job.  A boy I had known during high school came home at Christmas break. We had been writing and decided to get married!  I think we both just wanted a change in circumstances (not a good reason to get married).  It was quickly arranged, and in January, I moved to California where he was in the military.  We soon found that married life was hard.

At times, I found myself turning to prayer.  I was lonely and unhappy.  Oh, there were good times with friends and partying, but keeping a job and the house and cooking every night was not fun!  I was not ready for that!

I had been raised going to church nearly every Sunday. When I got married, all that stopped.  I never had a sweet, intimate relationship with Jesus.  I was taught that God was my Father, to respect Him, and that I could ask for help when needed.  Having never seen Him at work, I did not know that Jesus was longing to be my best friend. I knew nothing of salvation.  So, I felt abandoned and alone, realizing that it was my fault due to my choices in life.

We returned to our hometown after the military, and I got my first office job.  The other women were very much a clique, and I again felt left out and inadequate.  I worked hard but was often teased!  Looking back, I realize it was bullying. However, I was the type to stick things out -- like with my husband whom I married to escape. I could stick this job out, too!

A new girl was hired, and I noticed that she read her Bible at break time.  I became curious.   Sure, I had memorized the Lord’s Prayer, the Apostles Creed, and the Beautitudes, but what could be interesting about reading the Bible?  She began to share about the salvation Jesus offers.  It was a whole new world to me, a world of acceptance, love, and security -- all the things I had been seeking.  With great joy I prayed to receive His free gift!  How gloriously different my life promised to be!  My slate had been wiped clean!

Things that had always bothered me began to fade.  I prayed for the women at work. I prayed for my husband and for our marriage that was based on sand, not solid rock.

As the years went by, there were times when the marriage was very rocky and times when it smoothed out a bit.  I was secure in God’s love, knowing I was where He wanted me to be.  I prayed for salvation for my husband and for a sweet, intimate marriage relationship.

My husband passed away a few years ago, but both major prayers had been answered.  My husband accepted Christ and gave me sweet love and devotion in those last years.  How thankful I am for staying in the marriage.  God knew where I needed to be, and I was faithful to His calling.

I have experienced God’s love and learned that His promises are true.  No longer am I that insecure girl … but a child of the King!  He loves me and is saving a special place for me in Heaven. He protects me and cares for me.  Even when I cannot see it, His hand is always upon me.

But seek first the kingdom of God and his righteousness,
and all of these things will be added to you.
Matthew 6:33