Who He Is | Articles | The Fellowship 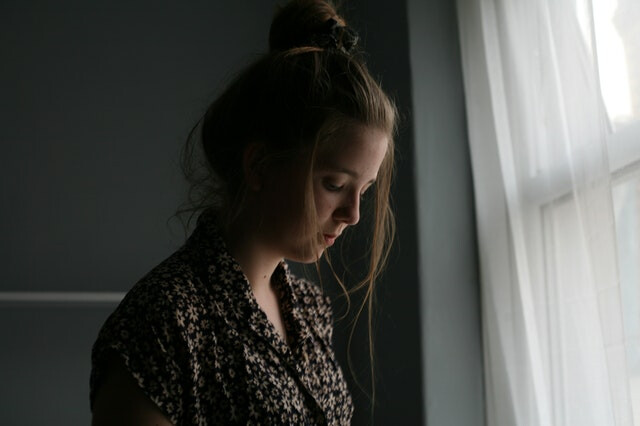 As a little kid, I was raised in the church and taught about Jesus, especially at Vacation Bible School in the summers. I even got baptized and went to church every Sunday, but did not truly know who God was. To me, He was a man in the sky whom I would pray to.  I did not have a relationship with Jesus.  Praying was more something to check off a list of things to do.

Then my family came apart. My parents constantly fought and eventually got divorced when I was nine. I remember everyone around me being depressed and lost due to the divorce.  Then my great-grandma died, and to top it off -- my grandma, the glue that was holding my family together (and who prays for us constantly), got married and moved to California.

My mother, brothers and I started skipping church every other weekend.  We thought nothing of it to the point of eventually no longer going at all. I witnessed my family go through many trials and tribulations. The pain from all of this ultimately pushed me to my friends’ homes where I would try to escape the feelings of emptiness.

As I grew older and entered Junior High, almost every weekend I would go to the homes of friends.  Then I started getting involved with other broken kids who were also trying to escape the pain of their homes. So -- our bunch of broken kids turned to bad things! The things we tried to fill ourselves with left us even more broken than we were before.

I remember often crying out to God to forgive me for making these wrong decisions, telling Him I would not continue to make the same mistakes. However, I took His forgiveness for granted, and the bad decisions kept repeating themselves one after another.

Junior High fled by quickly and I entered my freshman year of high school, still hanging out with the same people and still making the bad decisions!  One day my older brother came home after school, speaking about Jesus out of nowhere and preaching about His goodness.  This took me by surprise because my brother also had been involved in doing bad things.  But lately he had started hanging out with friends who spoke to him about God and what Jesus had done for them. They were a light in the midst of my brother’s pain. From the influence of these God-given friends, my brother turned away from his old ways.  When he did this, it greatly influenced me!  I also stopped getting involved in bad things and began seeking God.

I started praying and searching for God, but found myself doubting God's existence more than ever before in my life!  Even while praying to God, I had overwhelming thoughts that the God I was praying to did not exist!  These thoughts kept repeating themselves for a couple of months.

But one night my brother came into my room.  He actually interrupted my anxious thoughts about God and gave me a hug.  “I love you,” he said.  Once he left, I broke down in tears and began to give God glory!  It dawned on me that if Jesus was not real, He would not have been able to break the chains of depression and anger from my brother.  If Jesus was not real, my brother would have never come in my room and told me he loved me.  The brother I was used to had been full of pain, always angry at the world!  The person that I saw that night was changed -- he had hope in his eyes and love which only an Everlasting Father could give.

From that day forward I have truly believed in Jesus as my Savior.  I got baptized again last year and my relationship with God has grown drastically.  My new journey with God has been a beautiful adventure!  It has included many trials, but they have built my confidence in God.  But most of all, God has spoken into my life that He wants to me to help people all over the world by spreading the news of His gift of salvation.  That is what I intend to do with my life.

I can assure you in this moment that every battle I have faced and every evil thing the devil has used to try and destroy my life is something which God has used for good -- to grow me and to glorify His name. To say the least, God never abandoned me even when I did not take His path. He saved me from myself!  He saw me as beloved and precious when the rest of the world labeled me as broken! This is who the Father is -- He is love!

Therefore, if anyone is in Christ, he is a new creation;
the old has gone, the new has come!
2 Corinthians 5:17