Taking the Wheel | Articles | The Fellowship 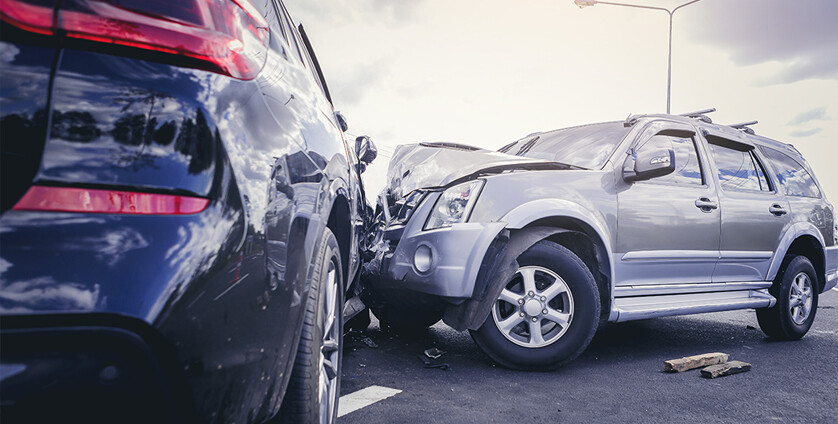 August was a very difficult month because during the first week, I came down with the Covid Delta variant -- even though I had been fully vaccinated.  As a 65-year-old woman, I know that every day I spend on this earth is in the hands of my Lord.  Apparently, He is not through with me yet.  Despite being down with the virus for three weeks, I survived and returned to my career as a realtor.

Meanwhile, August was nearly over, and Hurricane Ida was barreling its way toward New Orleans, my birthplace and where many of my family members still live.  When the governor of Louisiana ordered mandatory evacuation of New Orleans, my sister, two brothers and 6-year-old nephew came to Katy to ride out the storm in my home. Even though I had not yet regained full strength, I welcomed them with open arms and thanked the Lord that I could provide housing and a warm welcome for them.

On the Sunday before Labor Day, my son and his wife invited us all to come to their house for a barbeque to celebrate the holiday.  We had a lovely time and were returning to my house when it happened!  Everyone was in my car, and I was driving southbound on N. Fry Road.  Approaching an intersection where the light was green, I never saw the accident coming!  A driver going in the opposite direction made the decision to turn left on a blinking yellow light – and crashed right into the driver’s side of my car.

At the moment of impact, I screamed: “They hit us!”  In that same instant, the airbags in my car inflated and enveloped us as they dropped down all around.  The one from the steering wheel totally blocked my view and even though my hands were still on the wheel and my foot on the brake, I could not see anything as my car finally came to a stop.  It all happened so fast and was like a nightmare you long to wake up from!

Immediately the pain kicked in – so much pain!  My left hand was broken and both legs felt like they were on fire.  The deploying airbags had caused deep bruising and swelling.  My sister was moaning from the great pain in her back and one brother had an obviously broken finger.  All of us experienced the bruising and swelling caused by the airbags.

While waiting for emergency vehicles to arrive, we were astonished to see where my car had ended up.  Miraculously the car had gone between two poles with just inches to spare on either side and stopped right before crashing headlong into a decorative cement wall naming the subdivision behind it.

My family, despite all the pain each was in, marveled at the incredible job I did in steering between the poles and stopping just short of the wall.  Any of these obstacles could have caused incredible injuries or even death!

“It was not me,” I shakily assured them. “The impact and the airbags totally blocked my ability to guide the car. I could not see a thing!  It was the Lord and His angels who protected us!”

Every morning I pray to God, asking Him to take the wheel of my life -- and praise Him continually throughout the day for each blessing that He pours into my life.  Without a doubt, I know in my heart and my soul that it was He who took the wheel at the moment of impact because this accident could have been so much worse than it was.  I will praise His name every day that I remain on this earth and afterwards throughout all eternity!

He has delivered us from such a deadly peril …
on Him we have set our hope.
2 Corinthians 1:10