Second Chance | Articles | The Fellowship
BE THE HANDS AND FEET OF CHRIST AT SERVEFEST 2022 - REGISTER TODAY! 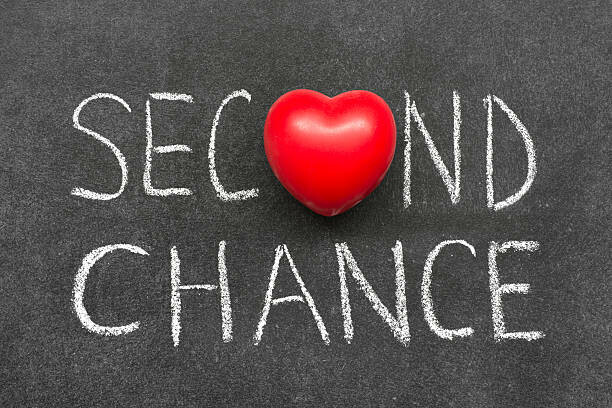 Around the beginning of May, I began to experience minor chest pains and fatigue.  I chalked it up to indigestion and all that was happening in my life at the time.  There was a lot of work-related stress due to COVID-19  and preparing for substantial lay-offs at my company.  I work for an oil company that has been hit particularly hard financially because of the combination of the falling price of oil and the COVID battering of the economy. The layoffs were going to impact the department that I manage. This was difficult to deal with realizing that the livelihoods of people that I care about were at stake.  And, naturally, I was also nervous about the security of my own position with extensive layoffs occurring.

Another huge concern was my elderly in-laws.  My wife oversees their care and her father's health was failing (he passed away on May 24), which added another stressful dimension to an already difficult time.  My wife has been strong through the last months, but I have often felt helpless as she has had many burdens that I could not ease for her.  I thought a couple of times about telling her about my pain -- but did not.  Not wanting to worry her, I thought I might be over-reacting to symptoms that surely were not cardiac in nature!

On Mother's Day morning (May 10), I began to feel worse, much worse!  My thought was that I could stick it out because the pain had subsided in the past.  However, it reached a point where I could not take it anymore.  I told my wife and she sprang into action immediately; she is always great in a crisis!  We drove to the emergency room as I did not want to wait on an ambulance.  Due to COVID-19 restrictions at the hospital, my wife could not be with me when I was admitted.

I was taken in immediately, but a couple of hours passed while the ER team tried to determine what was going on.  Initial tests did not show that anything was wrong.  Finally, I was given something for the pain which helped a little.

While waiting, my wife began to notify our family and put out prayer requests to The Fellowship Prayer Team and several prayer groups she belongs to.  Almost immediately messages started coming back from many people letting us know that they were praying for me.

She and I talked and prayed a lot over the phone. The cardiologist kept me overnight for observation. When enzyme tests indicated that I was having a heart attack, an angiogram was scheduled for the following afternoon.

While being taken to the heart catherization lab, I had perfect peace.  Later, I told my wife that there was no fear of dying because I knew where I was headed if things did not go well.  She had driven to the hospital to get as close to me as possible and sat in our car in the parking lot praying throughout the procedure.  Everything did go well; the doctor inserted a stent and blood flow returned with no issue.

I was kept overnight in CCU.  When the cardiologist came in to finalize paperwork for releasing me, he expressed amazement that I did not have any substantial damage to my heart.  Given the amount of time between my first symptoms and the angiogram, he said there should have been more long-term impact.  I know the reason for this -- hundreds of people were praying for me and with the powerful presence of the Holy Spirit, no other outcome was possible!

Today, I am feeling fine!  The adjustments I am making to my lifestyle honor the gift of a second chance from God that I have been given!

My flesh and my heart may fail,
but God is the strength of my heart
and my portion forever.
Psalm 73:26