Faith Over Fear | Articles | The Fellowship 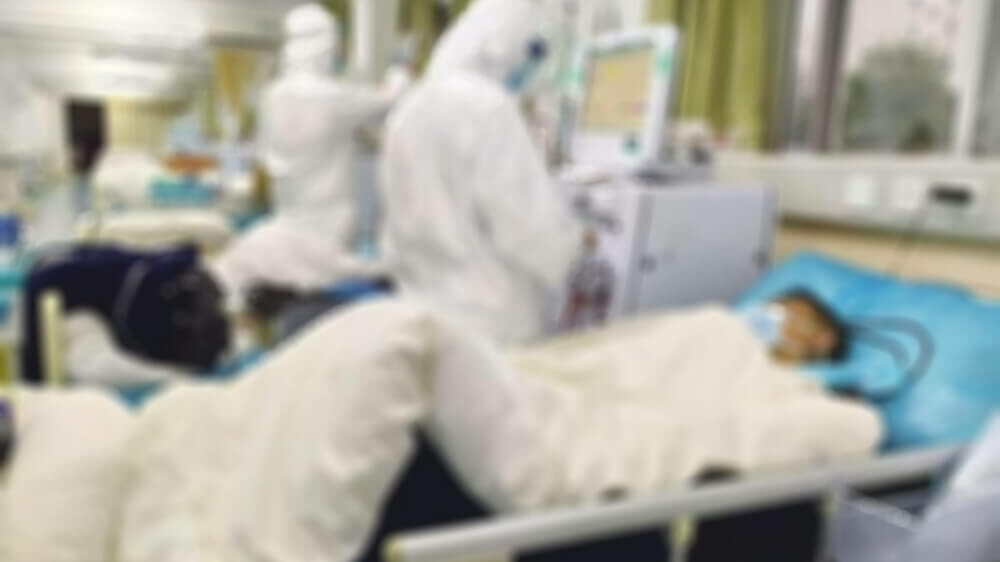 When the Delta variant of COVID began to sweep across the nation, I researched medications that highly reputable, patient-driven doctors were saying worked in effectively treating the virus.  I was able to get in contact with one of the doctors and received medications to have on hand should I become infected during this surge.

Then it happened!  I had been visiting my grandkids in Texas when I must have encountered the virus.  After the incubation period, I began to feel ill and my husband suggested I take the home test.  It came back positive for COVID.  My symptoms  started with a slight sore throat, headache, body aches, no appetite, etc.  I began taking the clinically tried-and-true medications to combat this horrible, debilitating illness.

Since medications usually have possible side effects listed in small print, I failed to believe that a product that had helped so many would have any adverse effects on me.  I was wrong!  With each attempt to force myself to eat, I would have to run to the bathroom with dry heaves on one side and runs on the other.  I was a wreck!

Three days into my fight with the virus, I decided to pick myself up and take a shower --  hoping that would make me feel renewed.  It felt so refreshing at first, but I lingered too long and soon realized I was not going to be able to finish.  I dropped to the floor of the shower. Thank God, my husband was just outside the bathroom and came to check on me.  He pulled me out of the shower and felt no pulse, so began performing CPR to bring me back to life.  I was alive when the paramedics arrived, and they rushed me to the hospital with tangled, unrinsed hair. No time to be vain! Tests were run and I was sent home with the confirmation ... “You have COVID!” -- which I already knew.  I was hoping to understand why I passed out, but did not get that answered from the medical professionals.

A few days later, I experienced syncope (loss of consciousness) once again. Early in the morning about 4:30, I went into the kitchen to get some water.  My husband was sleeping and woke to the crashing water bottle.  He found me face down on the kitchen tile.  In horror, he turned me over and watched me shake.  We had to figure out why this was happening, so that morning I headed back to the emergency room hoping for answers.  I was told the condition was called Orthostatic Hypotension, but never given a reason why it was happening, other than “Covid.”  My blood oxygen level was low and when I would stand for any length of time, both my blood pressure and oxygen level would decline.

Even while in the hospital and seated in a chair, I passed out.  I thought I had fallen asleep, but the doctor told me, “No, your eyes were open.”  She thought I was having a seizure.  More tests were run and thankfully, the seizure scenario was ruled out.

Years ago when my boys were in school, I had been a member at The Fellowship and served on the Prayer Team.  I called a friend on the Prayer Team and an emergency request went out to the prayer warriors, followed by frequent updates.  My family was sending out requests for prayer to everyone in their social media groups.  My church, my friends – everyone was lifting me up before the throne of grace to the only one who heals – Our Great Physician.

Having such a strong support system of prayer warriors “standing in the gap” was a great encouragement during my hospital stay.  After a total of nine days in the hospital, I was finally able to be released, but would require supplemental oxygen.  Though disappointed by the news, I was grateful to be going home.

As I was waiting for my Great Physician’s total healing from low oxygen levels, He gave me a song to sing ...  “It’s Your breath in my lungs, so I pour out Your praise, pour out Your praise … great are You, LORD ...”  Without Him, I have no breath.  Each day I would sing this to Him as I sought to strengthen my lung capacity.  On Saturday, five days into my regimen, I heard the Lord’s challenge … “In the name of Jesus Christ, of Nazareth, stand up and walk.”  I began the five-minute oxygen test with great expectation and eyes on Jesus.  And He filled my lungs with all the oxygen I needed as recorded on my pulse oximeter!  I was healed!

Do not be lazy, but imitate those who through faith and
perseverance inherit the promises.
Hebrews 6:12