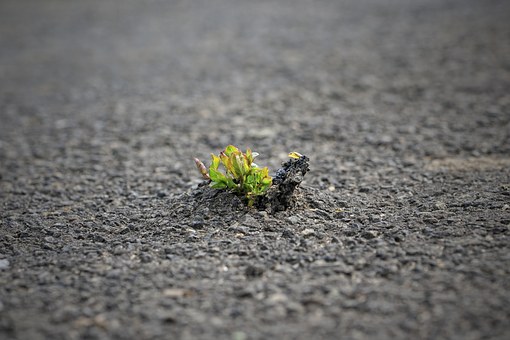 My 16-year-old son seemed normal in every way until he was about four years old.  He had stopped gaining weight and had a cough.  Doctors could not find anything, but our concerns continued to grow.

At six years, he would have bad coughing fits and then sleep for some time. I took him to the ER after a particularly bad episode, but the doctors had no answers.  So we took him to an asthma/allergy specialist. During a visit, the nurse looked at his fingers and asked questions. Moments later the doctor came in, looked at his nails and suggested that he may have cystic fibrosis.  Abnormal rounding of the nail beds is one of the signs.

Cystic fibrosis is a rare genetic disease for which there is no cure.  It primarily affects the lungs, but also the digestive system.  CF occurs when there is a recessive gene from both the father and the mother.  Neither of us knew of anyone in our families having the disease.

A specialist confirmed the diagnosis.  This disease affects about 30,000 people in the United States. Current life expectancy is only 37-40 years old, though some live much longer.

Nebulizer breathing treatments began, one in the morning and two different ones in the evening.  A machine called a Vest provides a treatment that basically vibrates his lungs. Each breathing treatment takes approximately 20 minutes and the Vest treatment is an additional 20 minutes in the evening. The goal is to loosen the mucus in the lungs so it can be coughed up.  Mucus in the lungs that never goes away and is constantly growing is the main symptom of CF.

At the time of diagnosis, my son had not gained any weight in several years and his BMI was about 25%.  Because CF also affects the digestive system, the doctor put him on enzymes. CF does not allow the body to produce proteins that break down the fat and vitamins in food so they can be absorbed -- which is why he had not been gaining weight.  The enzymes enable his body to do that.

My son was hospitalized for the first time in May, 2014. His lung function had dropped to 64% and he needed IV treatment.  Called “tune-ups,” this is a common occurrence for people with CF.  Since then, my son has been admitted four times. He has also had four bronchoscopies -- putting a tube into his lungs to clear out the mucus and test the germs.  All were attempts to help his health and lung function. Sadly, at his last doctor’s appointment in November, his lung function was around 50%. There has just been too much damage to his lungs!

My son seems like a normal kid, something I pray for and thank God for every night. His health never gets in the way of what he does, and he rarely gets winded or has colds or the flu. We have an amazing support group that helps us keep him away from anyone with even a runny nose.

Since there is no cure for CF, much research is ongoing. Several new medications have been approved in the last four years, but they are not effective for my son’s particular CF genetic composition. Two years ago, his doctor told us of a new medication being developed that would help him, and we were hoping for FDA approval mid-2020.  However, the FDA approved it in October of last year because of the impressive outcomes of the drug trials!

This was the news that we had been waiting for!  About a week later, I got a call from the maker of the drug (Trikafta) saying my son’s doctor had already sent them a prescription for him. But because the drug was approved early and treats 90% of people with CF in the United States, everyone was trying to get it. And getting insurance approval was a whole different story! The drug costs $300,000 per year. Regular people cannot afford that! So  the insurance companies were overloaded.

Our doctor told us of amazing results his patients were experiencing.  Our prayers were storming heaven to get insurance approval!  A nurse was putting in an appeal to the insurance company when suddenly it was approved on her screen!  She called me to tell me and we were both crying!

The next hurdle was side effects that can be severe for a couple of weeks. We lifted it before the Lord.  My son started the drug on a Wednesday. He had a slight headache that afternoon, but miraculously that is the only side effect he has ever had. After five weeks on Trikafta, he is not coughing -- at all!  Another problem from the disease that was normal for him was suddenly gone.  And he is gaining weight!  We expect great results for his lung function when we see the doctor in February!

Such wonderful answers to prayer – early approval of the drug, insurance coverage, no side effects, the way my son looks and sounds! This drug is giving my son a life I have prayed for!  Still to be answered is a cure for the disease, but work has begun on some cool gene modifications!  Nothing is impossible for my Lord who hears and answers my prayers!

You answer us with awesome deeds of righteousness,
O God our Savior…
Psalm 65:5